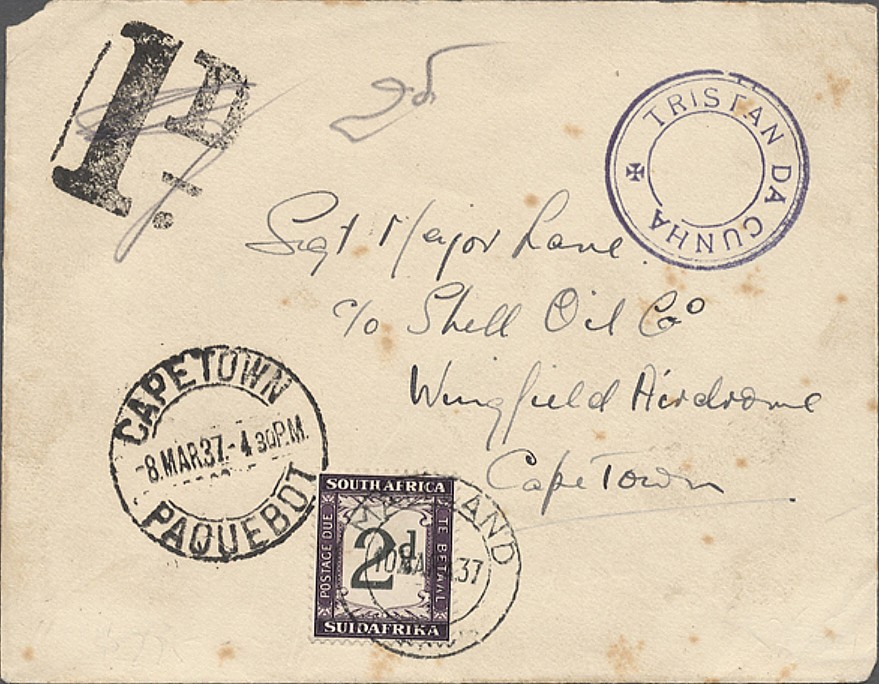 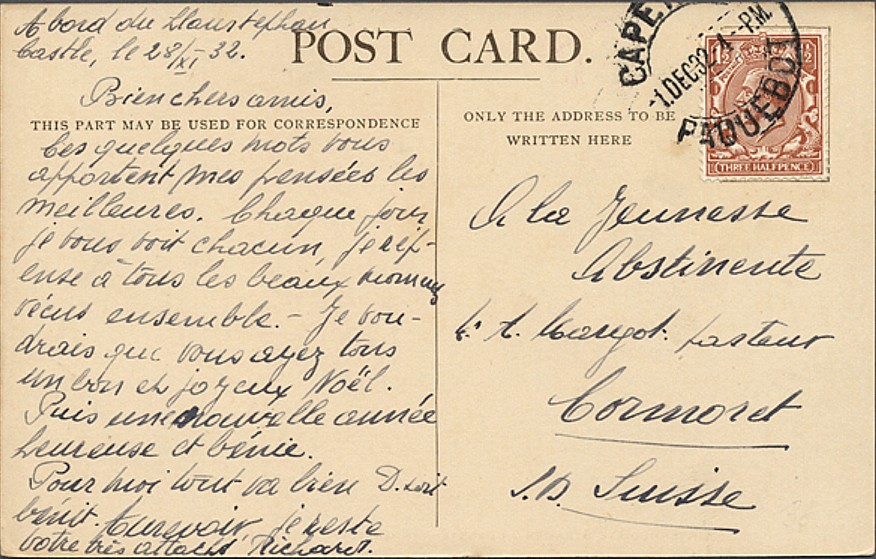 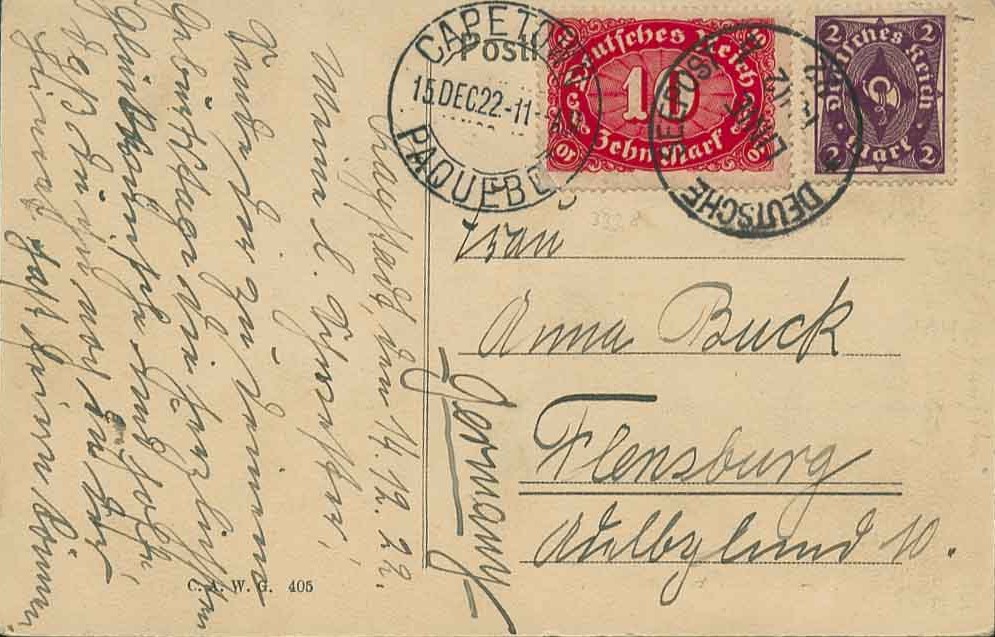 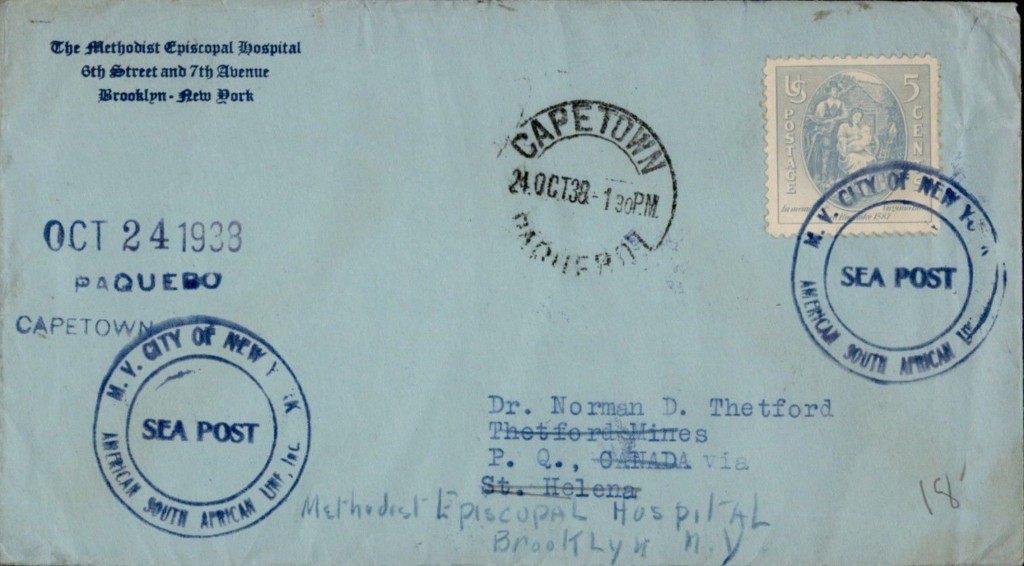 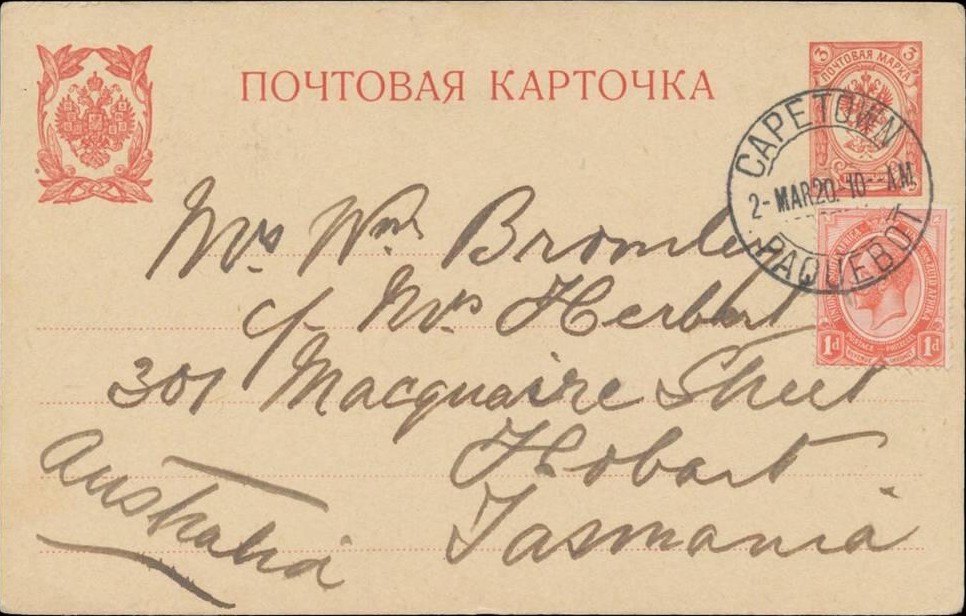 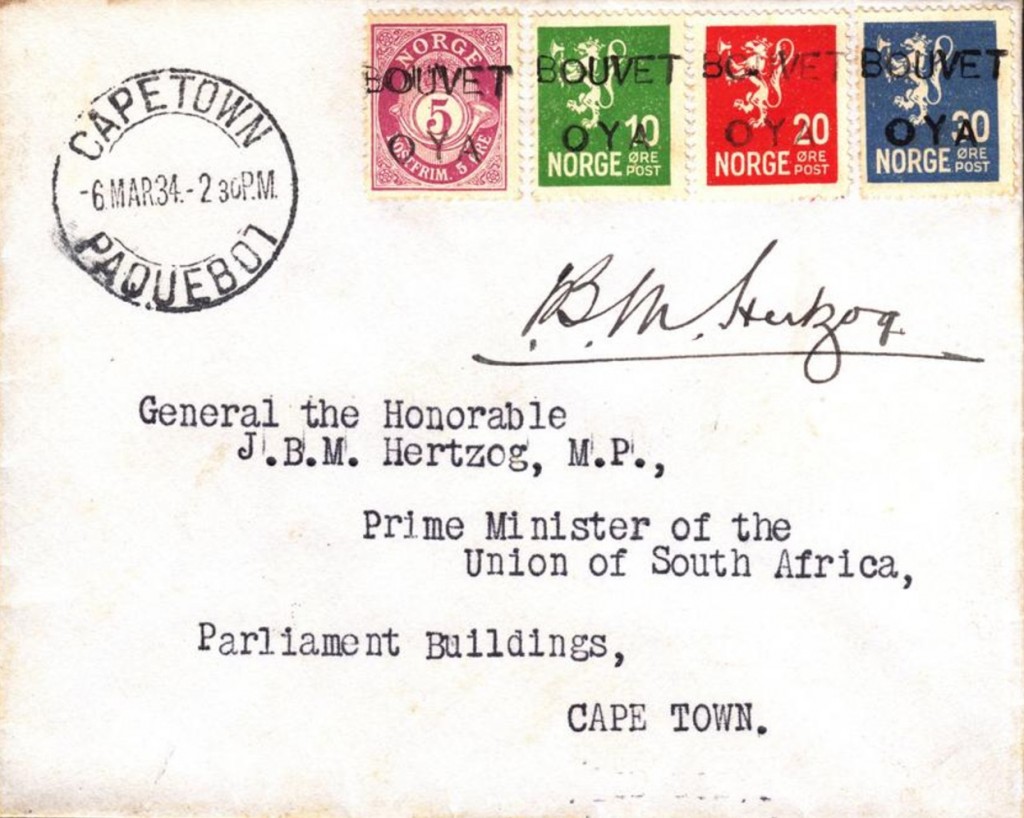 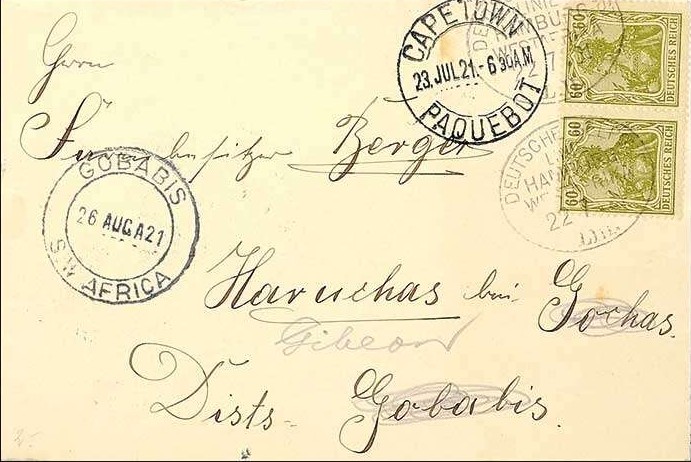 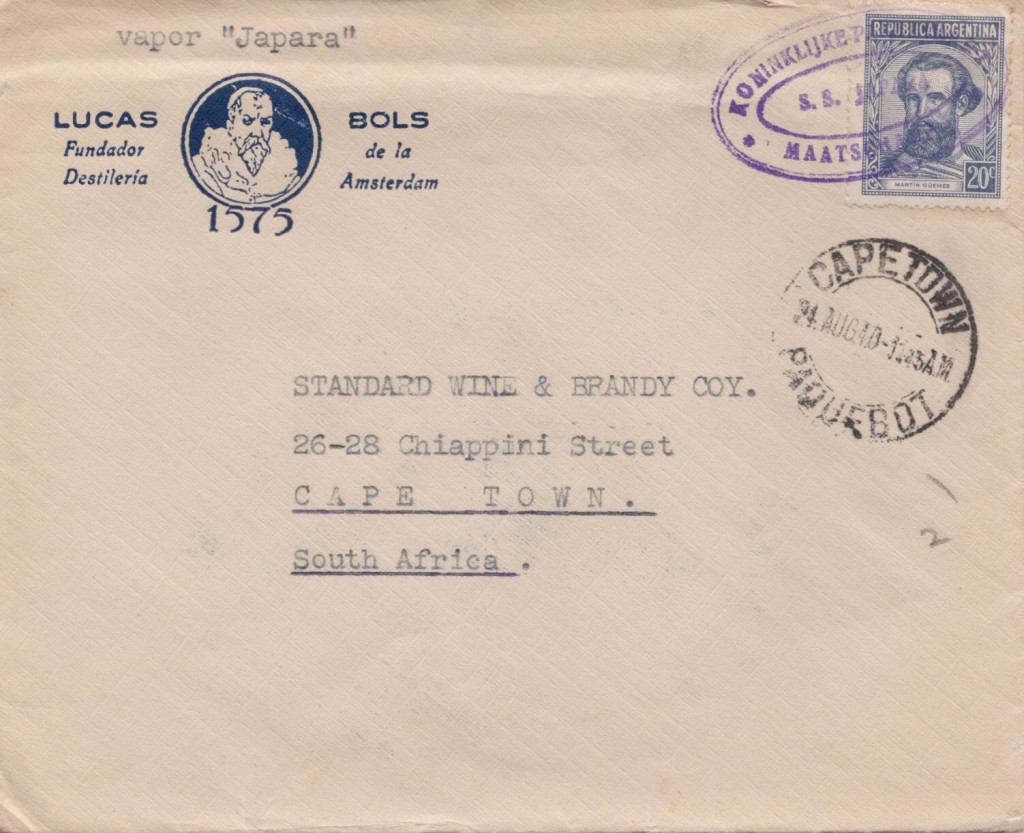 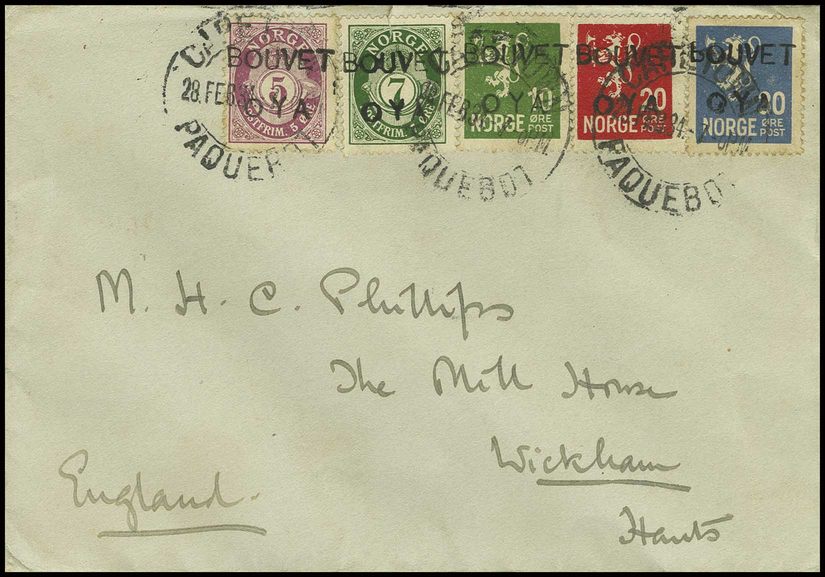 A Letter from HMS”MILFORD” on her expedition to the Bouvet Island in 1934. Capt. Philipps tooks stamps from the Norwegian Consul at Capetown and overprited all by “BOUVET OYA”.   At the ships return to Capetown on 28th February 1934 the mail was handled as “Paquebot Mail”. The 3rd of March 1934 is also known as date of cancellation. The Capetown post office accepted the mail although the Norwegian authorities later refused to honor the actions of their Consul General.

Posted in 2738, Capetown | Leave a comment
web development
We use cookies to ensure that we give you the best experience on our website. If you continue to use this site we will assume that you are happy with it.Ok